In the summer of 2016, Johnsons Business Moves were awarded the major five-phase decant project at the University of Salford. The University invested £80 million in a brand new development in the heart of their Peel Park campus. The new 16,000sqm Arts Building development was purpose built to accommodate the schools of music, performance, art and design.

We provided the University with a project management team to undertake the decant from the existing Adelphi Campus into the New Adelphi over four phases with an optional 5th.

The Outcome
By providing a flexible and accommodating team to this project, we were able to deliver it within the required timeframes for the University. We liaised with the Building Manager throughout the process, providing regular updates and reporting in to the key stakeholders when required. So far, this project has proved to be successful, with the University being very happy with our progress.

Client Testimonial
“We have received some very positive feedback from our stakeholders/end-users regarding the process and professionalism of the crews during the decant. All went above and beyond what the University expected, especially due to the compressed nature of the program. Johnsons moved 200 staff and near 400 PC’s and macs. The move was completed on time and within budget. Due to the late delivery of the building, during the mobilisation phase the crews ‘can do’ attitude and ability to be flexible enabled the decant to be flexible enough to adapt to the changing needs of the project. Overall, the team during the active decant – especially Lianne Jackson and Adrian Brownlee – were extremely professional, personable and knew the job, which enabled them to actively solve issues before they become critical problems to the project. I would recommend the service to other FM’s within the sector.” Marcus Young, Building Manager. 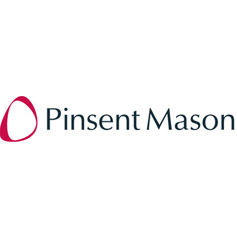 The Project In 2013, Johnsons Business Moves were awarded the project at Trafford College for…